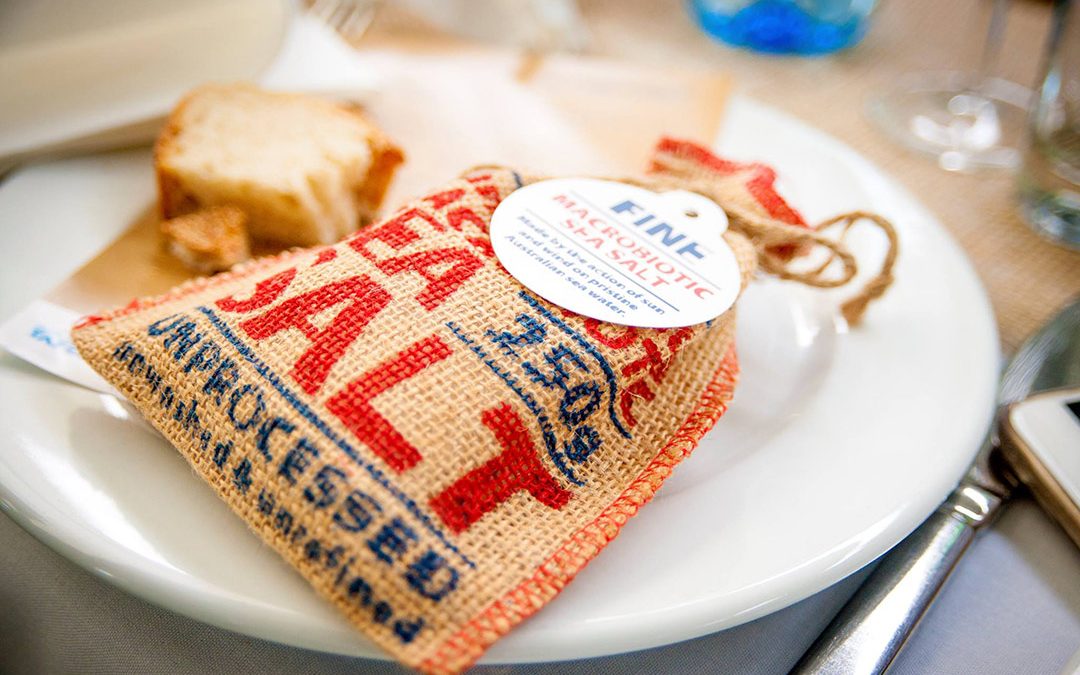 The story of salt is woven through the fabric of human history in much the same way it brings together the flavours of a magnificent dish, enigmatically.

At times powerfully, at times so subtly it can hardly be detected, but always with undeniable panache.

“Salt is the only rock directly consumed by man. It corrodes but preserves, desiccates but is wrested from the water. It has fascinated man for thousands of years not only as a substance he prized and was willing to labour to obtain, but also as a generator of poetic and of mythic meaning. The contradictions it embodies only intensify its power and its links with experience of the sacred.” Margaret Visser

Olsson’s Salts produce salt from two of the world’s most famous oceans:

Their gourmet salts are favoured by chefs for many reasons, not least of which is the chemical free, natural process employed to create their product.

If you’re interested in learning about a variety of different salts and how to use them. Who better to learn from than Australia’s oldest family owned and operated sea salt maker.

Salts Of The Earth with Olsson’s Salts is one of the masterclasses that will be taking place in the Artisan Producers Masterclasses area at Byron Bay Fine Food & Beverage Festival. The Producer Masterclasses will be hosted by Kate Walsh (The Real Food Projects), each class will be limited to 50 people. You can register for the class/es of your choice at the festival.