Show Us Your Gyoza! By Leanne Hayes 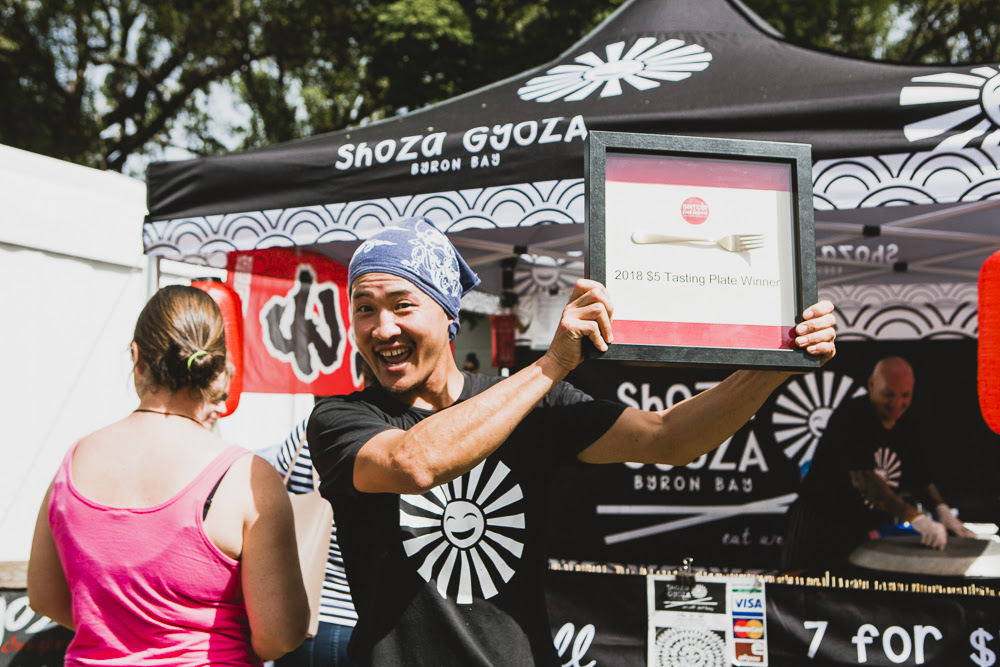 Like the wonderfully delicious gyoza dumplings he makes, Sho Chen, the owner of Shoza Gyoza in Byron Bay, also comes from China.

Sho has come to love all things Japanese, though, after living in Japan and meeting his now wife, Jireh Dixon, at a language school there. Now, the couple is behind a successful business making gyoza, the Japanese version of Chinese dumplings (known in that country as jiaozi).

Their gyoza are starting to gain attention, as well, taking top-prize for the $5 dishes at the recent Sample Food Festival in Bangalow.

Gyoza are delectable parcels made with a thin wheat-based folded wrapper and filled with meat and vegetables, then dressed with a dipping sauce, often made from soy sauce, sesame oil and ginger.

The dumplings originally came to Japan from Japanese soldiers returning from China following their defeat in World War II. The sweet and savoury varieties of the dumplings instantly became a favourite—both in home kitchens and street stalls. These days, they are typically served as a restaurant appetizer and are fast becoming the younger generation’s go-to bar snack and a grab-and-go dish at food trucks, stalls and small restaurants across the country. 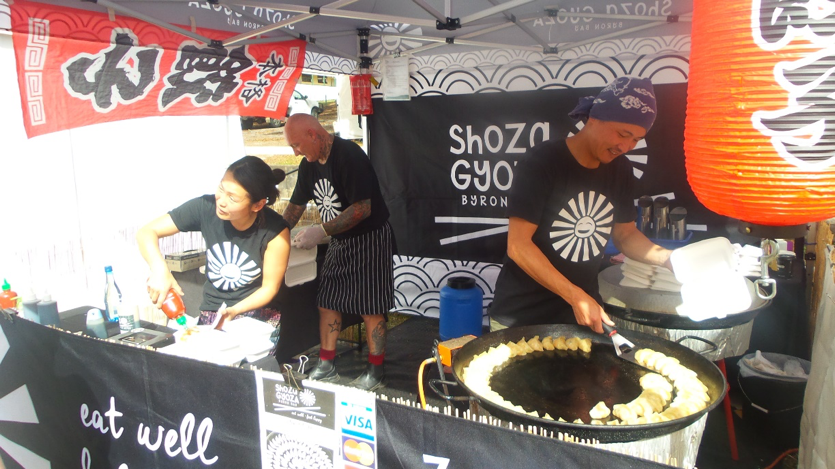 For Sho and his wife, gyoza became a staple of their home dinner parties during the 12 years they lived together in Japan. Moving to Australia in 2013, they are now in their fifth year with their Shoza Gyoza pop-up stalls at food van festivals and markets in Byron Bay, Lismore, Bangalow and Ballina.

The gyoza were a sight to behold when I tried them at Sample. Emerging from the sizzling, Spanish-inspired paella pans used to cook them, the dumplings had toasted, slightly sticky bottoms and soft, full bellies folded in a fan that excited my mouth as much as my eye.

The pans are a key part of the cooking process. Sho was inspired by his brother-in-law’s Spanish-made paella pans and thought they would be perfect for making gyoza—he could first steam the dumplings in a little water in the pan, and then fry them to give them the texture they need.

Sho and his vibrant team at Shoza Gyoza also make you feel as if you are the only one being catered to. They quickly deliver your Bangalow pork-filled dumplings with a zingy chili sauce, chopsticks and napkin, and of course Sho’s ever-present beaming smile.