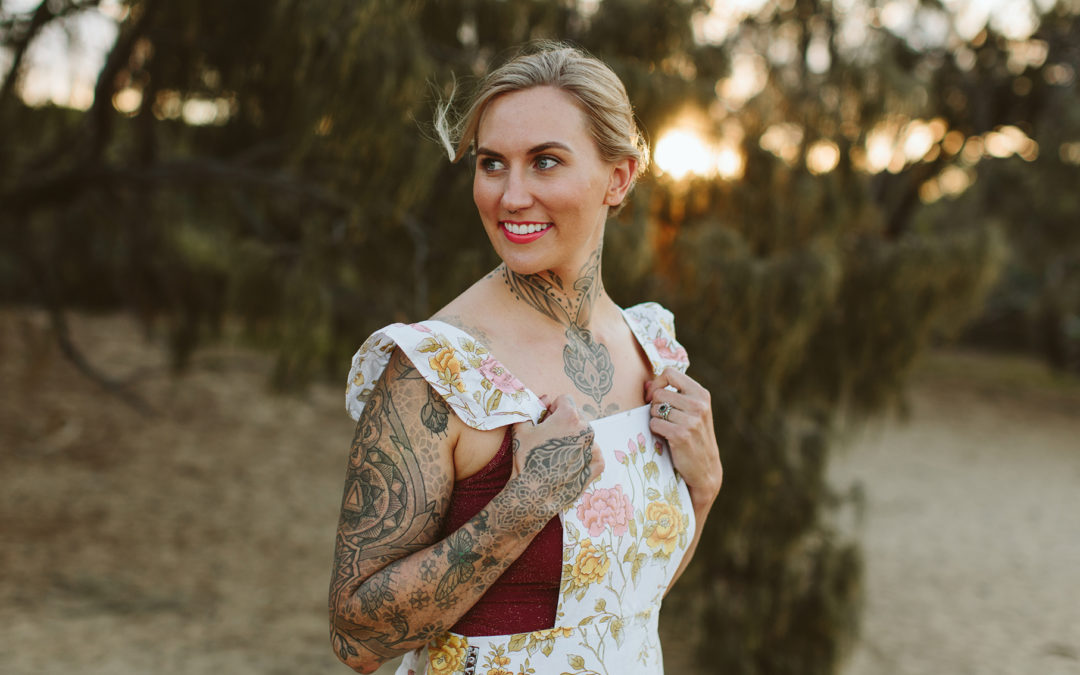 Byron Bay to New York is a long way to travel to realise a life-long passion. It was a journey that changed everything for Heidi Briggs of the plant-based food company Heidi Flora.

From a very young age, Briggs knew that being a chef was her calling. “My culinary spark ignited sitting on my Nan’s kitchen bench top helping her bake”, she recalls.

She was initially deterred by her family and friends from going into the culinary arts and took up a career in beauty after completing high school instead. With the arrival of her daughter Elkee a decade later, however, she says “a switch flicked inside me and I could no longer ignore my passion for food.”

Briggs started out small with a market stall in her hometown of Tannum Sands, Queensland. She soon developed a cult following amongst locals, though, for her raw cheesecakes, slices, donuts and cookies. 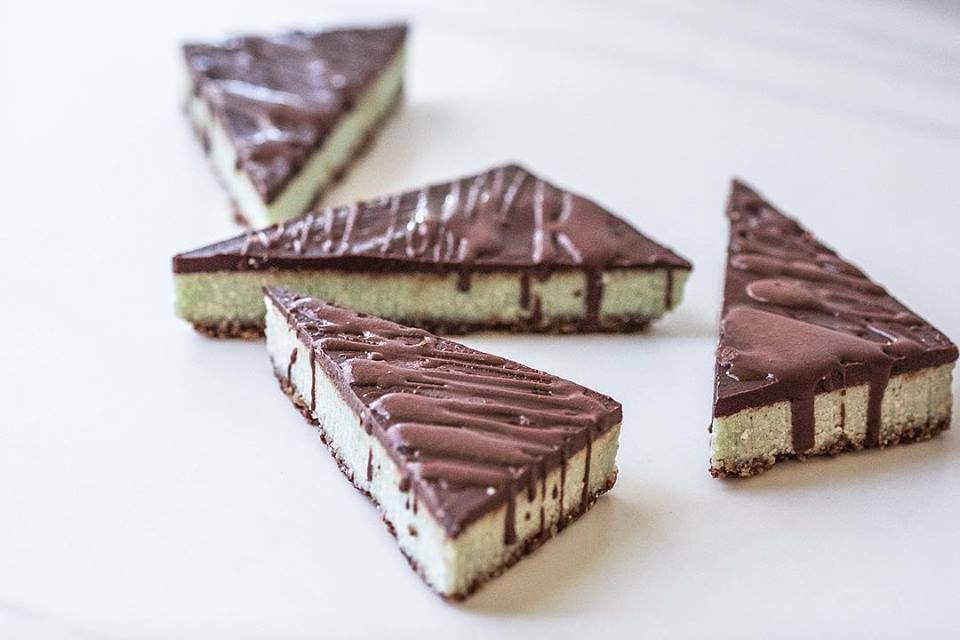 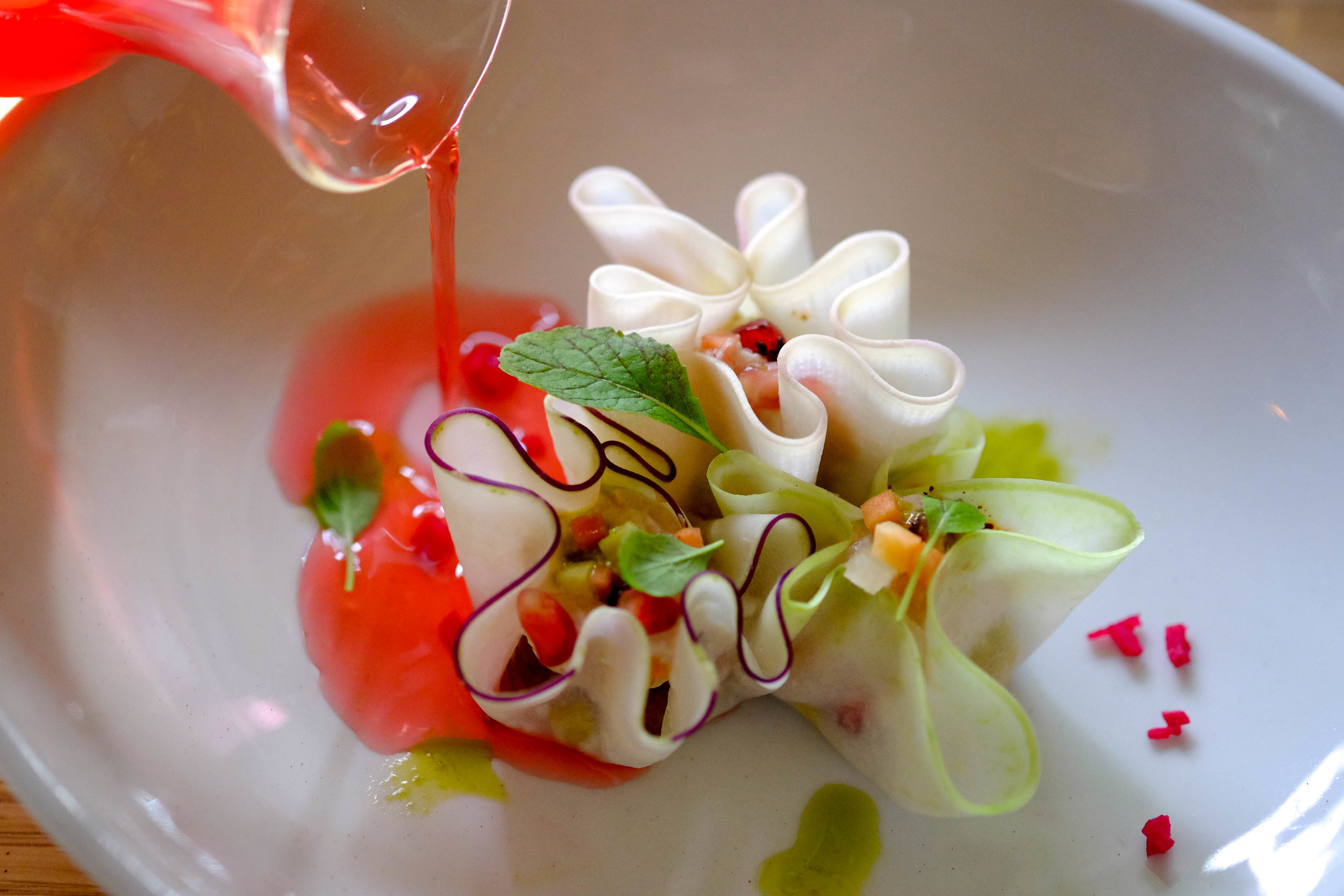 Boosted by the popularity of her cooking and eager for more training, she ventured to Sydney and took a raw food chef course. After that, she discovered Matthew Kenney in America, a plant-based chef who had several restaurants and a culinary school. She immediately signed up for two months of online training with him and followed with another two months onsite in the US.

Leaving behind her young daughter and her husband, she took up residency at PlantLab in New York where she could really hone her plant-based culinary skills. She thrived there, not only completing four levels of culinary training, but earning a role as an instructor at the pop-up PlantLab school in Sydney upon her return.

With a renewed vigour and passion she decided to rebrand her business as Heidi Flora before moving with her family to Byron Bay.

Briggs’ food is not just organic, pesticide-free and plant-based, she also has a passion for catering to the needs of people who have food intolerances and allergies. She’s expanded her repertoire with food that is also (for the most part) gluten-, dairy-, refined sugar- and soy-free. 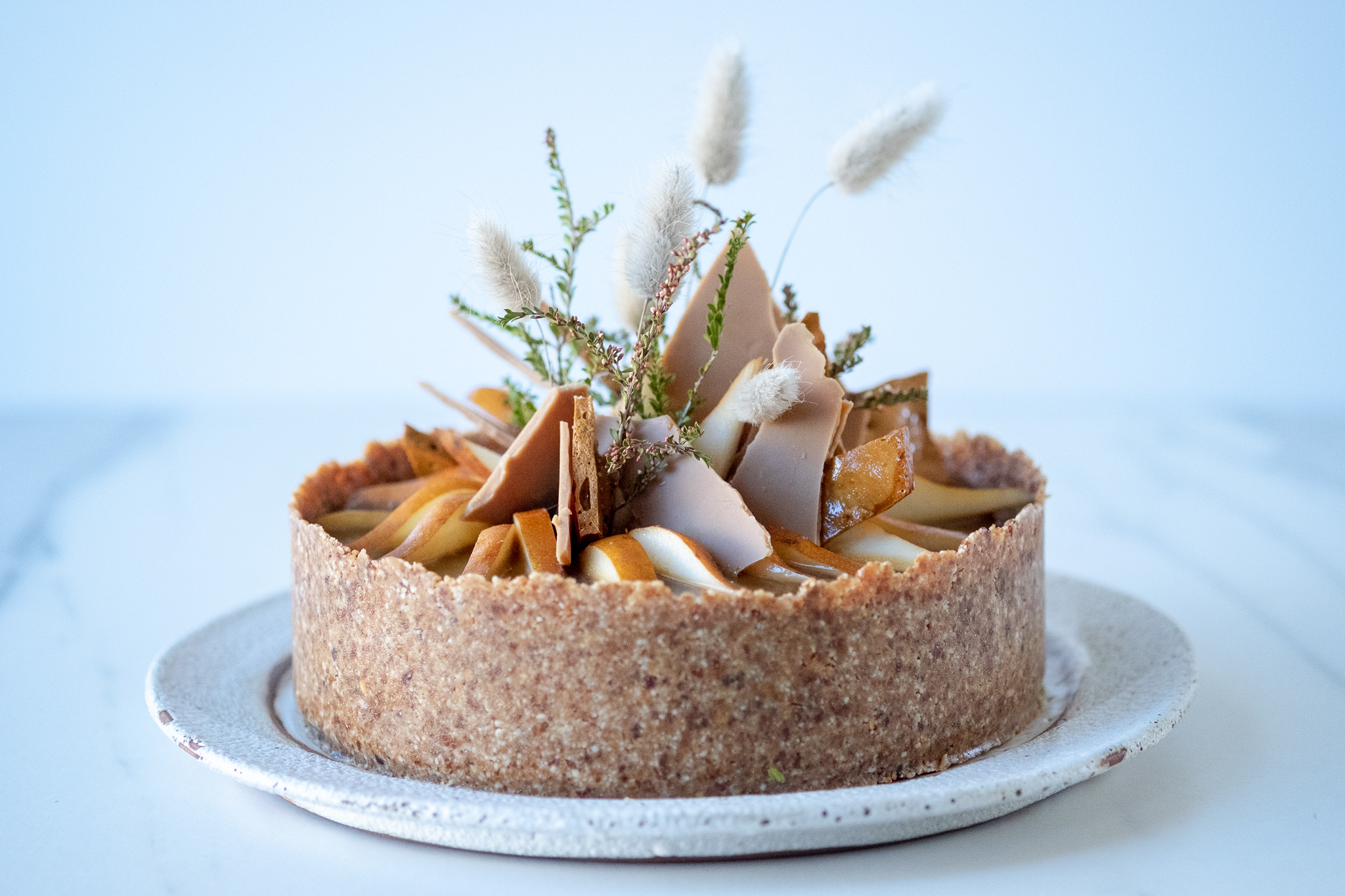 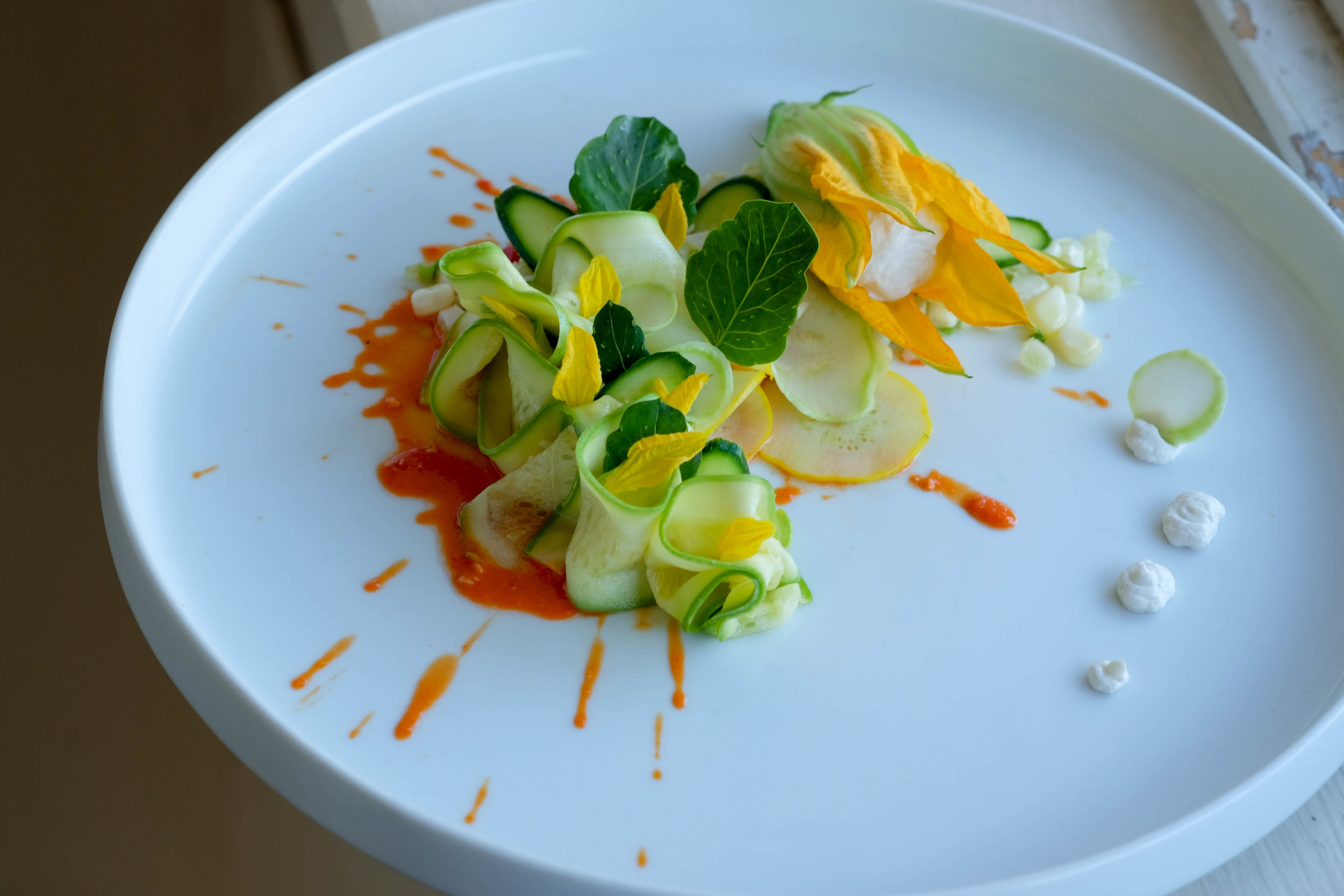 Heidi Flora is now well established in the Byron food scene, delighting foodies with the most stunning cakes that are not only pure art, but also delicious and nourishing.

Her raw caramel cheesecake with tremella (a powdered mushroom known for its rejuvenating qualities), topped with coconut caramel, Bosc pear, honeycomb and caramel chocolate shards, is as unique as it is scrumptious

“Right now this is where I can see myself gravitating. Creating a menu and using my artistic flare to create beautiful plates of food for people is what I love to do”, she says.

For inspiration, Briggs looks to local chefs like Josh Lewis of Fleet and Ben Devlin at Paper Daisy. Further afield, she loves the work of Dan Barber from Blue Hill at Stone Barns in New York.

“I was lucky enough to go there when I did my culinary training in New York. His farming ethics, the respect he has for ingredients and the way it is grown and farmed is mind-blowing.”

Briggs believes that cooking is her love language. And it’s clear she speaks a beautiful language.